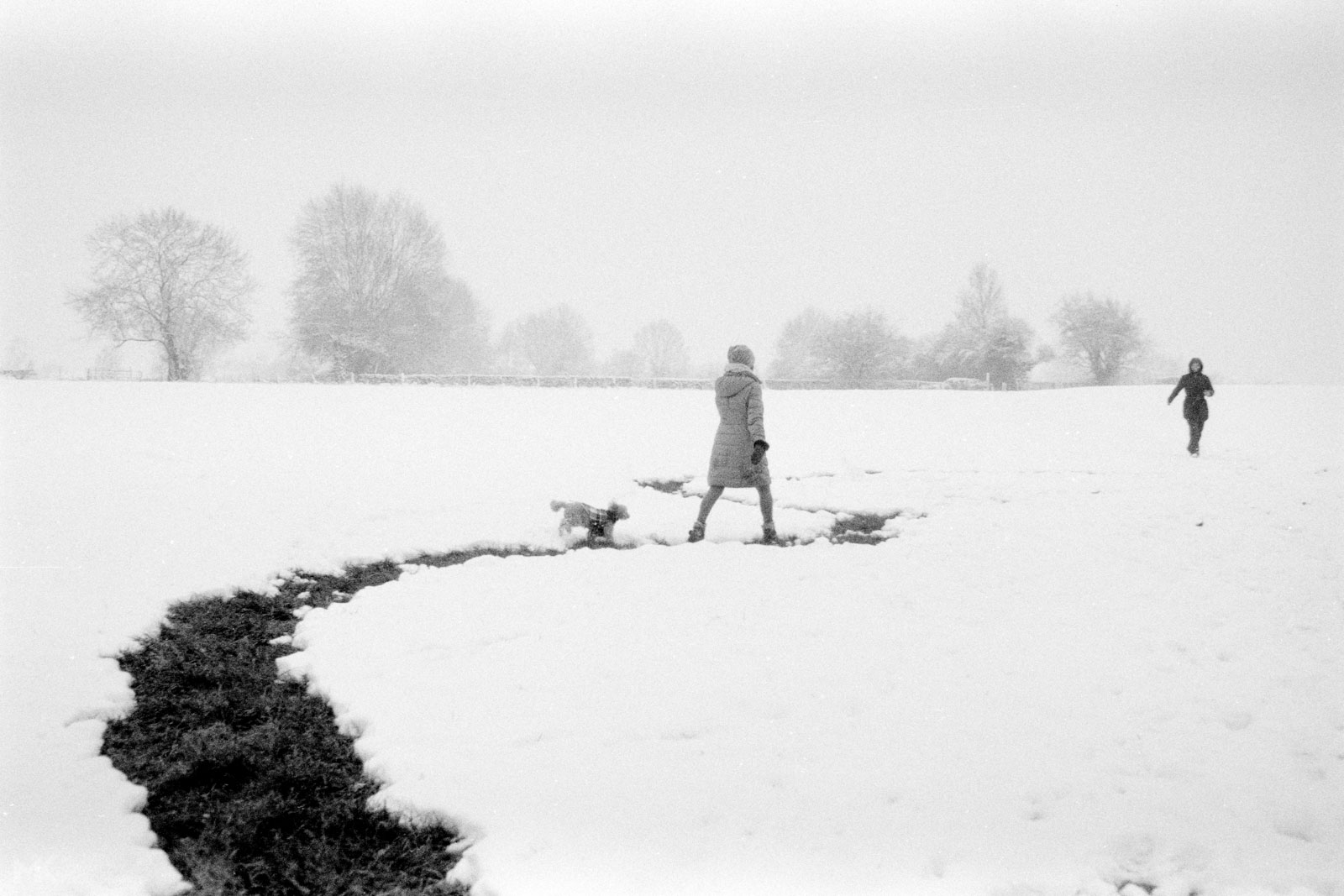 The exposed roll of Ilford FP4 Plus 125 black and white film had been sitting on the shelf since January 2021. Encouraged by my photo buddy Daniel I bought a used Rondinax 35 U daylight developing tank a month later. Another four months passed before I finally bought the chemicals needed for development. I mixed the toxic Kodak D76 developer powder with water and filled the 3,7 liters into safe looking Swiss Bühlach jars. Somehow the right motivation to start never came and the film waited to be developed. Then, in January 2022 I watched this old mans howto Rondinax video and decided to try it. The procedure needs some preparation but went without problems. After drying and cutting the developed roll I scanned the images. They turned out quite nice for the 1st time b&w film develeopement.